At the end of the day the Captain wants you to be safe, have fun, and learn how to bring in the big game independently (with confidence). It doesn’t matter if you need to start with the basics, or dive straight into advanced techniques. Our captains are dedicated to giving you an experience you won’t forget! Besides…It’s great to have that epic fishing story to share with family, friends and co-workers. Call the Pelagic Beast today and schedule an action-packed day of fishing!    Call now: 914-216-4899 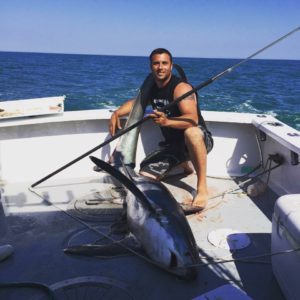 Captain Jason began fishing from a very young age, being taught by his grandfather, who was an avid fisherman. His life-long dream was to do what he loved, as a career, sharing what he’s learned over the years with others. He began his career in 1997 working as a licensed guide on Lake Champlain in New York.
Over the next 20 years, he professionally fished from the South Atlantic Ocean in Florida, to the Gulf of Mexico in Texas, giving him a wide variety of experience. He then went to captain’s school and obtained his 100-ton United States Coast Guard Captains license while working on party boats along the coast of the Long Island Sound. It was now time to do what he’s always dreamed of, and opened up Pelagic Beast Fishing Charters sailing out of Norwalk CT in 2014, the Pelagic Beast II sailing out of New London CT in 2017,  in 2018 purchased the Klondike IX in New Rochelle NY and 2020 purchased the Pelagic Beast III out of Stamford CT, with intentions to keep growing. 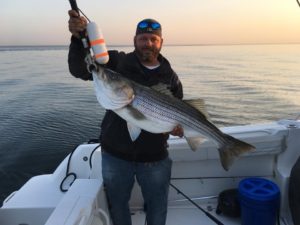 Jeremy holds his 100-ton USCG captains license and has been part of our team for the last 4 years. He has grown up fishing up and down the east coast as well as other parts of the world for many different species. He has spent most of his time fishing the Norwalk area of the Long Island Sound since he was a young child. Jeremy enjoys taking clients out on the water that have little to no experience and teaching them the proper techniques for them to become better independent fisherman. His goal is to catch a blackfish in the “teens”. Jeremy runs the PB 1 out of Norwalk as well as the Pelagic Kids Fishing Camp in Norwalk.